When It Rains, It Pours. So Order Pizza.

Another exceptional experience for a One10 Event Management client was gliding along according to plan: a day full of sun, fun, and meetings. We had an inclement weather backup plan at a local restaurant, but the client made the call first thing in the morning to give the fairgrounds a go. Unfortunately, that meant we were at the mercy of Mother Nature. And she had other plans: two hours before dinner for several thousand client associates, a torrential downpour wiped out their Fairgrounds location.

Within the hour, the One10 team had a new location and a way to go from hangry to happy: a parking garage pizza party for our client and 4,000 of their closest associates. Even though they were already “off” for the evening, all the One10 team members came back, told the client not to fear, and that they had it covered. Literally. Event coordinators became pizza runners and traffic coordinators. Account managers became garbage collectors and table cleaners. Everyone had a job, and everyone executed flawlessly.

650 pizzas and two hours later, what had been a good natured joke about “earning” our “One10″ name became a round of applause from our primary client and his team when he laughed and said “you all earned “120%.” Then, after a short break, we began to prep for the next morning’s 4:30am breakfast.

We plan for the unexpected. And when we are presented with an unforeseen challenge, we buckle down and get it done. Because we believe in better. 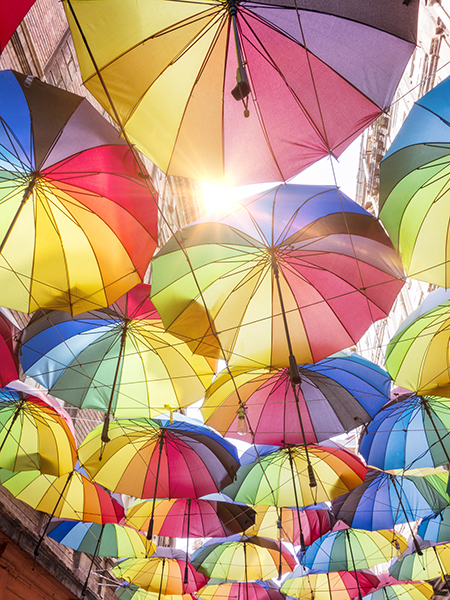 Need some help informing and engaging your people around your corporate goals? One10 offers a suite of Incentive & Recognition Programs.

Give us a call or drop us a line, we’d love to chat.